There was a large demonstration of around 130,000 protesters in downtown Seoul on November 14th.

Demonstrators and Police clashed near Gwanghwamoon Plaza around 5pm. Police hit back at protests with water cannons. The demonstration continued into the night.

Mr Baek, an elderly protestor who was knocked down by the police water cannon while taking part during the demonstration, has since had to undergo brain surgery at Seoul National University hospital. 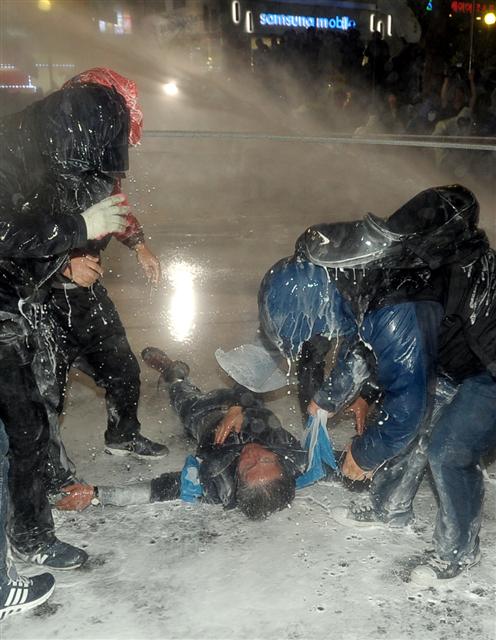